Important Notes as Per the Ministry of Hajj & Umrah: 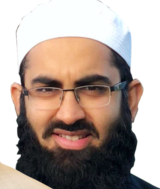 Sheikh Waqas Khawaja is a graduate from the prestigious Islamic Institutes in North America and Europe. He obtained his certification He completed his 6 year degree of Islamic Sciences from the prominent Islamic institute, Darul-Uloom Bury England. In 2005, he received his Alim Certification and returned to Canada to serve the Muslim community of Toronto.

Sheikh Waqas has been serving various Islamic Centers across Canada for 18 years . He has been leading Hajj/ Umrah groups for the
Last 13 years.

Register now! We will send you best offers for your trip.